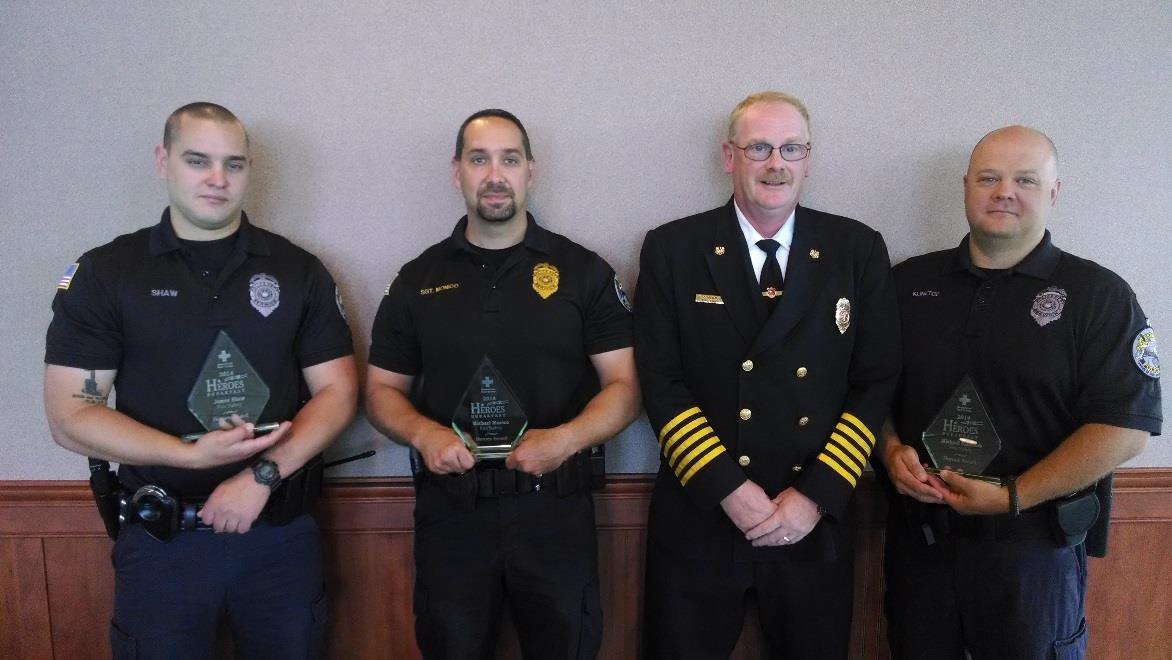 On June 20, 2014 Berwick Fire Chief, William Coolbaugh, presented Sergeant Michael Monico, Officer Michael Klinetob and Officer James Shaw with the “2014 Fire Safety Award” at the 6th Annual American Red Cross Heroes Breakfast. The officers were nominated for this award because of their actions during a residential fire on January 7, 2013. The fire started on the first floor, while the family was asleep on the second floor. The officers assisted the family and their pets escape from the second floor of their burning residence. Their courageous and selfless conduct reflects the ideals and core values of the Borough of Berwick Police Department and they deserve the recognition and appreciation embodied in this award.