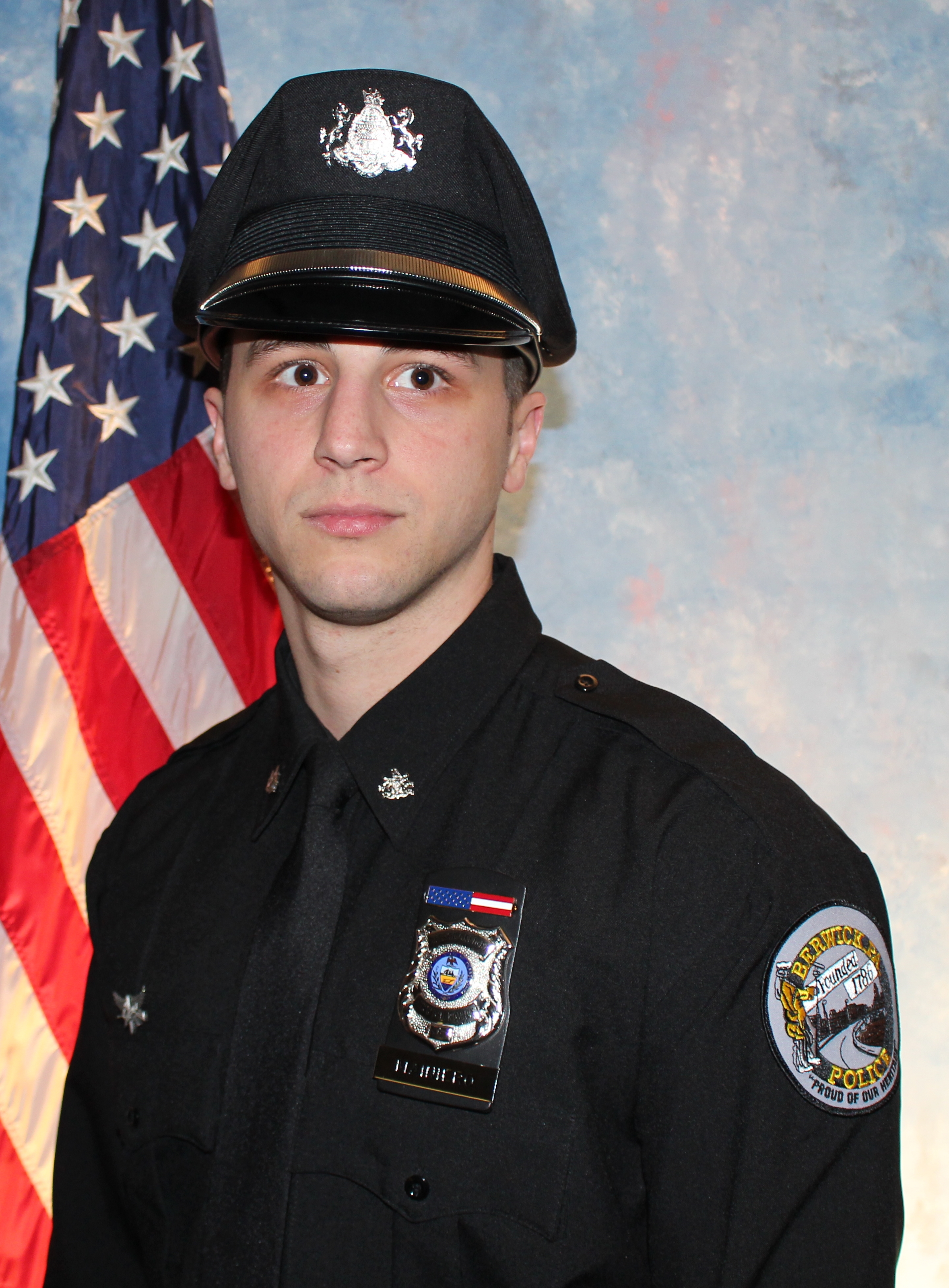 Officer Mainiero was nominated and has been chosen for one of the prestigious 2017 DUI TOP GUN AWARDS with the Pennsylvania DUI Association.  Mainiero has made forty (40) of the overall forty-nine (49) DUI arrests made by the Borough of Berwick Police Department in 2016.

The Pennsylvania DUI Association, is a private non-profit organization dedicated to highway safety, they developed the DUI TOP GUN AWARDS to recognize and thank police officers for their work in reducing the threat of impaired drivers on our roadways. This year they are celebrating the 20th Anniversary of the DUI TOP GUN AWARDS.

Officer Mainiero was honored on Thursday, November 9, 2017 at the Association's 38th Annual Conference at the Seven Springs Mountain Resort in Seven Springs.